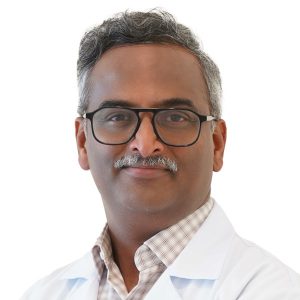 After obtaining Basic Medical degree ( MBBS) & Specialisation of Pediatrics degree ( MD) from India , Dr Girish had Pediatric Residency Training at State University of New York Brooklyn, USA leading to American Board Certification in General Pediatrics. He also served as Chief Resident of Pediatrics at Staten Island University Hospital, New York. Further, he underwent Fellowship training in Pediatric Critical Care at Childrens Hospital of Los Angeles leading to American Board Certification in Pediatric Critical Care. He also served as an Attending Physician in Pediatric Critical Care at Children Hospital of Los Angeles. With his extensive qualifications he was also given equivalence degree of Certificate of Completion of Specialist Training (CCST ) by the General Medical Council , UK .

He is known for Compassionate Patient & Family Centric Attitude.

We use cookies on our website to give you the most relevant experience by remembering your preferences and repeat visits. By clicking “Accept All”, you consent to the use of ALL the cookies. However, you may visit "Cookie Settings" to provide a controlled consent.
Cookie SettingsAccept All
Manage consent