It is a neurobehavioral developmental disorder, affecting preschoolers, children, adolescents, and adults, characterized by impulsiveness and inattention, with or without a component of hyperactivity

Population surveys suggest that ADHD occurs in most cultures in about 5-8% of children and about 2.5% of adults

symptoms are difficult to distinguish from highly variable normative behaviors before age 4 years.

Symptoms must be present by the age of 12 years

There are 3 subtypes instead of 2, combined, predominant inattentive, and predominant hyperactive/impulsive

ADHD is more frequent in males than in females in the general population, with a ratio of approximately 2:1 in children and 1.6:1 in adults. Females are more likely than males to present primarily with inattentive features.

ADHD is comorbid with addiction in adulthood up to 58% and also has association with interpersonal difficulties, increased crime, increased rate of traffic accidents and poorer quality of life in general.

The diagnostic criteria for ADHD dropped by about 50% over three years after the diagnosis. It persists in about 60-85% in adolescence, and up to 60% of cases in adulthood.   People with ADHD tend to work better in less structured environments with fewer rules. Hyperactive types are likely to change jobs often. 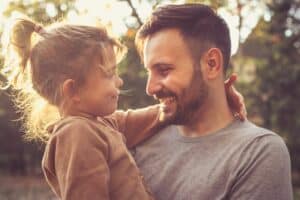 The Stigma in Men’s Mental Health

December 16, 2021
We use cookies on our website to give you the most relevant experience by remembering your preferences and repeat visits. By clicking “Accept All”, you consent to the use of ALL the cookies. However, you may visit "Cookie Settings" to provide a controlled consent.
Cookie SettingsAccept All
Manage consent